It's been a while since I last updated my blog, so long that it is now Winter here in Australia.
I took one of my dolls and her friends to the Whispering Wall on the Barossa Valley Reservoir not far from where we live.

The wall was built over 3 years and completed in 1902, 400 workers created the 36 metre tall and 140 metre long wall. It has a quirky feature in that words whispered at one end can be heard easily by other people at the other end. 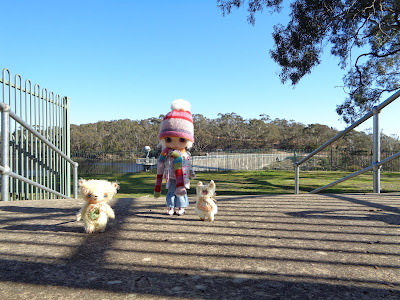 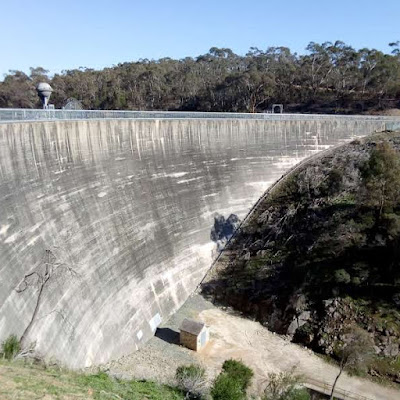 A shot of the BarossaValley in Winter, vines resting! 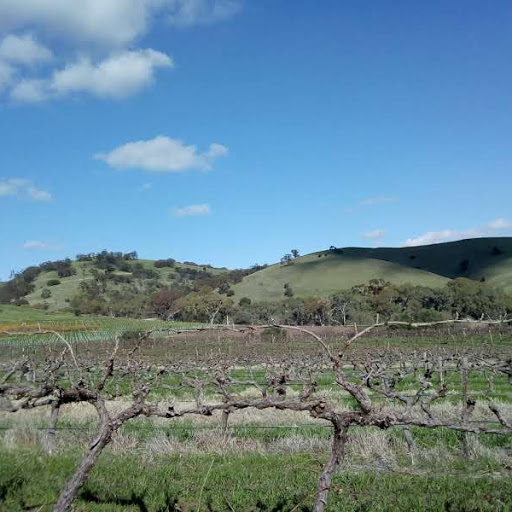 This photo below is of the Herbig Family Tree in the Barossa Valley, South Australia. It is estimated to be around 300 to 500 years old and measures approx 7 metres wide. It is hollow in the middle and still lives today. (I took this photo a few days ago)
In 1858 a young man named Johann Herbig married and he brought his new wife home to live inside this tree, they had two children and continued living in the tree, but, then it became too small so they built a hut to live in instead and left the tree in 1860. 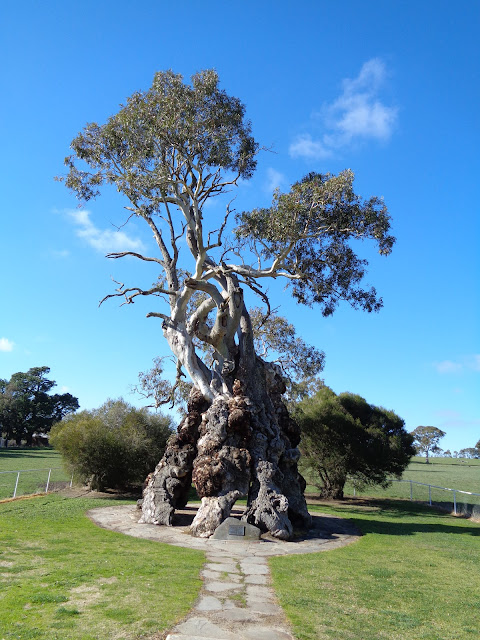 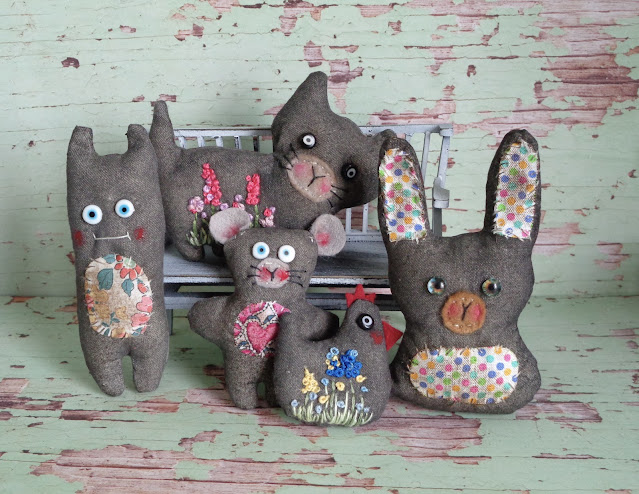